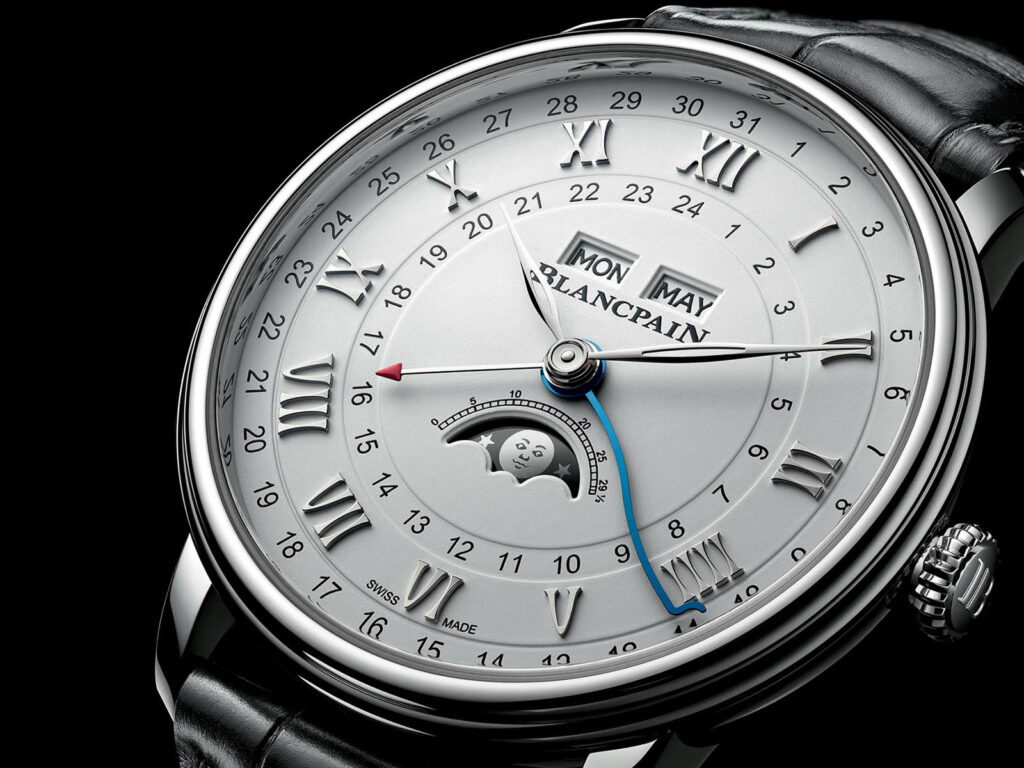 Calendars in watchmaking: a complication to be discovered

The calendar is one of the most widespread and at the same time most complex complications in watchmaking.
It takes the form of different types of information represented on the dial by counters, windows or indicators reflecting particular aesthetic tastes and functional requirements.
Its complicated mechanics fascinate collectors and are expressed visually by the refinement of highly varied aesthetic solutions.

The origins of the calendar in watches

On closer inspection, the calendar in clocks has very remote origins, even older than the one that allows the indication of hours. Suffice it to say that in the past, machines with gear wheels were used to determine terrestrial and astral cycles. One example is the ‘Antikythera Machine’, which was used to calculate the solar and lunar phases along with those of the planets known at the time. This ingenious machine was able to calculate months, equinoxes, eclipses and the cadence of the Olympic Games.
The study of the stars and their cycles, useful for the rural societies of the past, went from planetaria and astrolabes to the refinement of mechanical calendars. It was not until the 13th century that we saw the first timepieces equipped with mechanisms to define the date with the day and month. It was in the late Middle Ages, with the consolidation of the first religious orders, that timekeeping became more rigorous in order to mark out the day between prayer and work. The first documents mentioning timepieces, calling them Horologium, and the figure of the sacristan as their guardian date from this period. 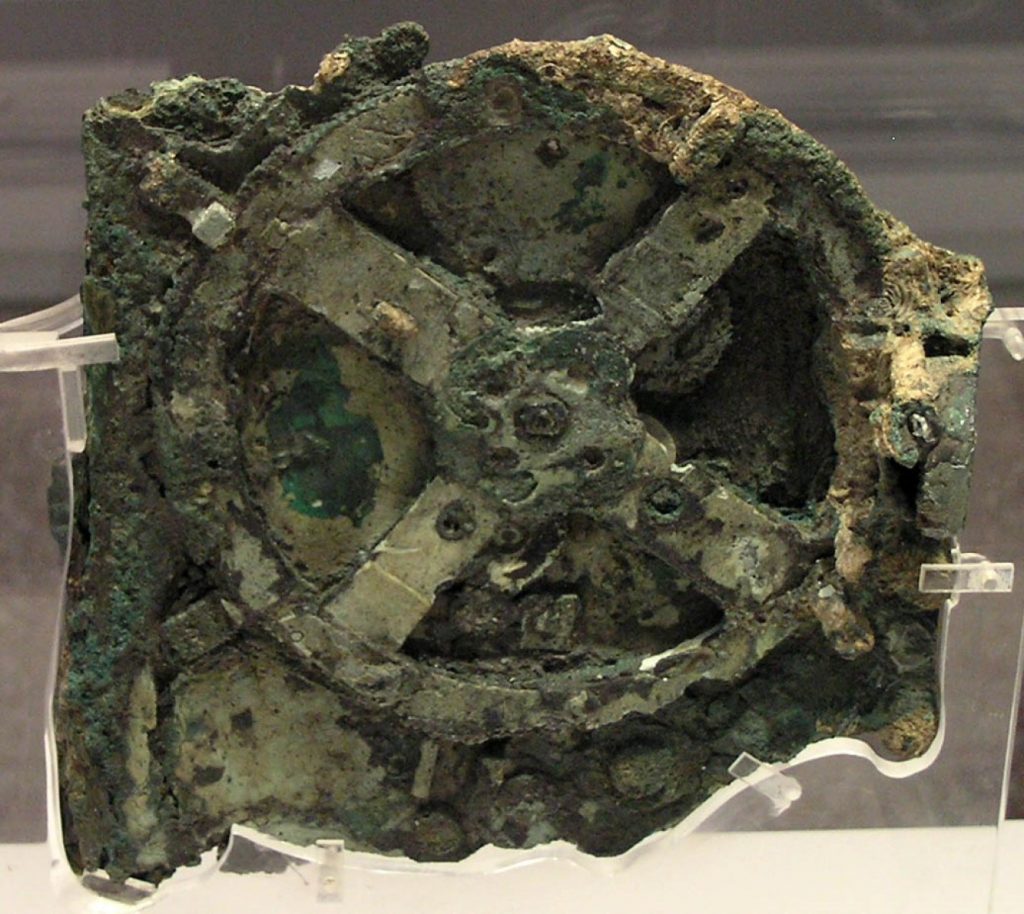 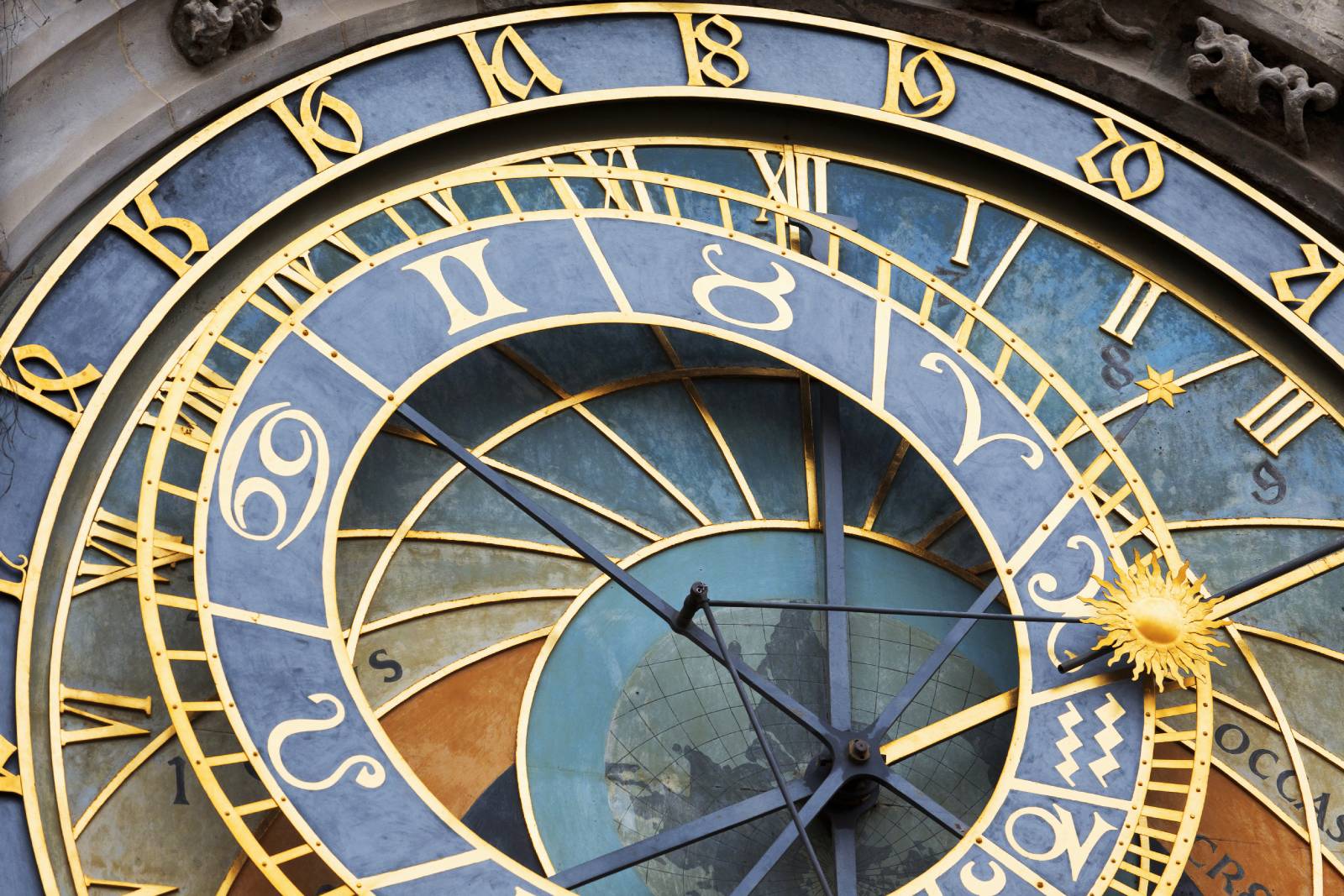 The old, ingenious but very approximate ways of measuring time were gradually replaced by systems of weights and counterweights, and the shape of the dial was defined with 24 or 12 hours indicated by hands. Thus, mechanisms in bell towers replaced sundials and hourglasses; the hours and their quarters were signalled by the sound of bells both day and night with single or multiple chimes corresponding to the number of hours. In some cases, the dials of the first bell towers housed simple astronomical clocks displaying only the phases of the moon or with the representation of planets, decorated with stars accompanied by zodiac signs. These large machines decorated with human and zoomorphic figures enlivened the scene in public squares, demonstrating the technical magnificence of the community.

It is interesting to note the technical development in the 14th century when an Italian, Giovanni Dondi, drew up the design for the oldest surviving escapement system. He produced the first Italian astronomical clock known as the ‘Astrarium’, a prismatic clock with seven sides occupied by seven dials dedicated to measuring the orbits of the planets known at the time. The measurement of the planets’ orbits was required for the elaboration of the horoscope. 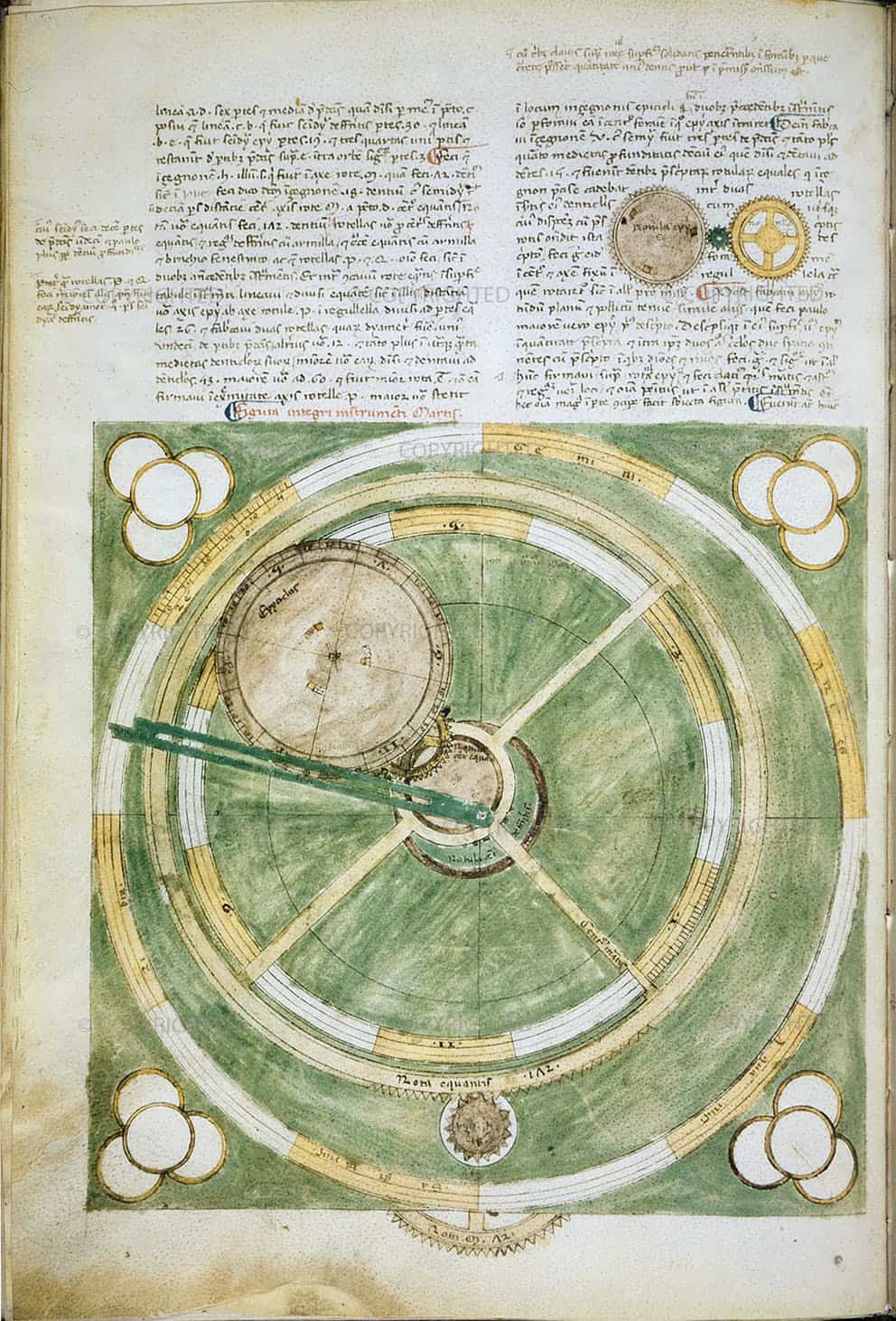 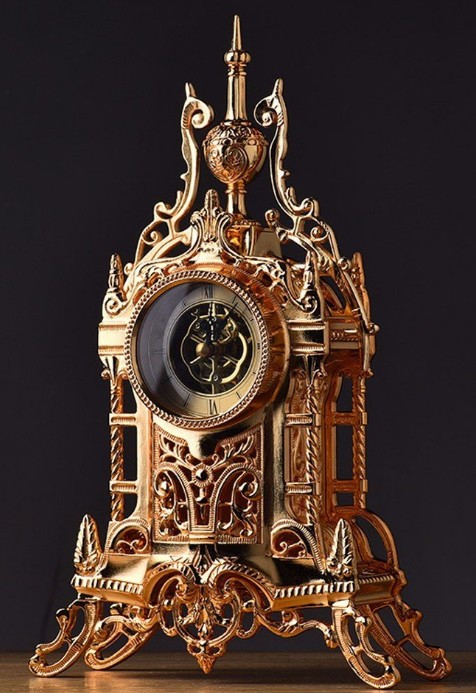 The calendar is also a measure of the technical skills of aspiring watchmakers: in 16th-century Germany, considered one of the major initial poles of watchmaking development along with France and England, knowledge of calendar development was a necessary condition for becoming a professional watchmaker. The admission test for entry into the guild of timekeepers involved the construction of a domestic clock (of the size of contemporary table clocks) with the twenty-four hours and quarters represented, equipped with a chime, and on the other side a calendar, showing the cycles of the planets and the length of the day. From the tower, to the table and finally to the wrist, a calendar timepiece became easily portable with the miniaturisation and development of the energy source: the spring. Although it originated at the end of the 14th century, its gradual development could ensure the development of wristwatches in the contemporary era.

It was in the 20th century that pocket watches began to display the complete calendar (indicating the date, day and month) with moon phases in the hands of the wealthy. The crown was no longer sufficient to adjust such a complex mechanism, and so the so-called correctors appeared, almost never in relief, to be pressed with dedicated instruments.
The indication of information also underwent major transformations, especially with the wristwatch where the small size of the dial made it necessary to read it as simply and intuitively as possible. The date display is perhaps one of the most obvious examples of this: there was a change from the indication by a hand to the use of a window. 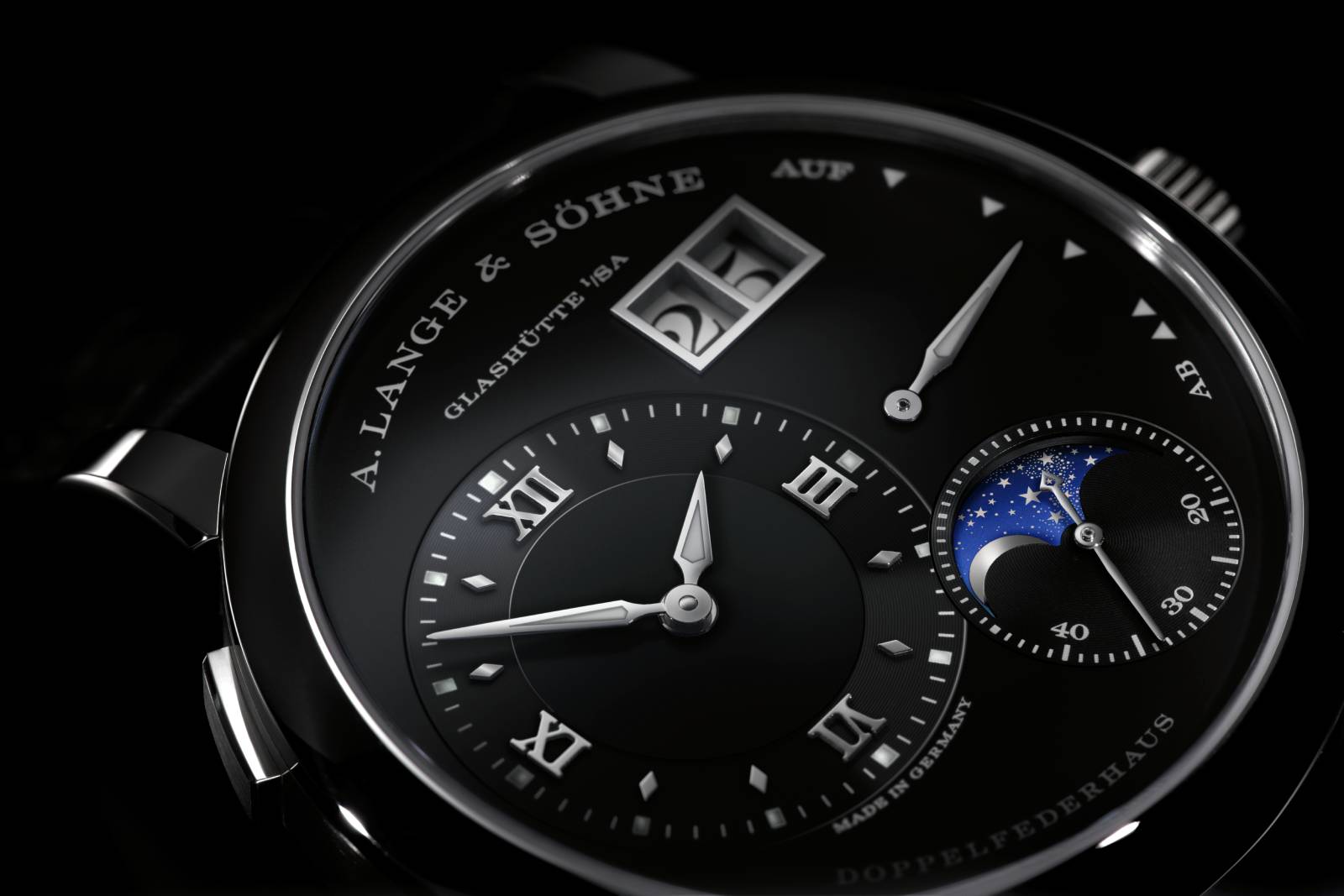 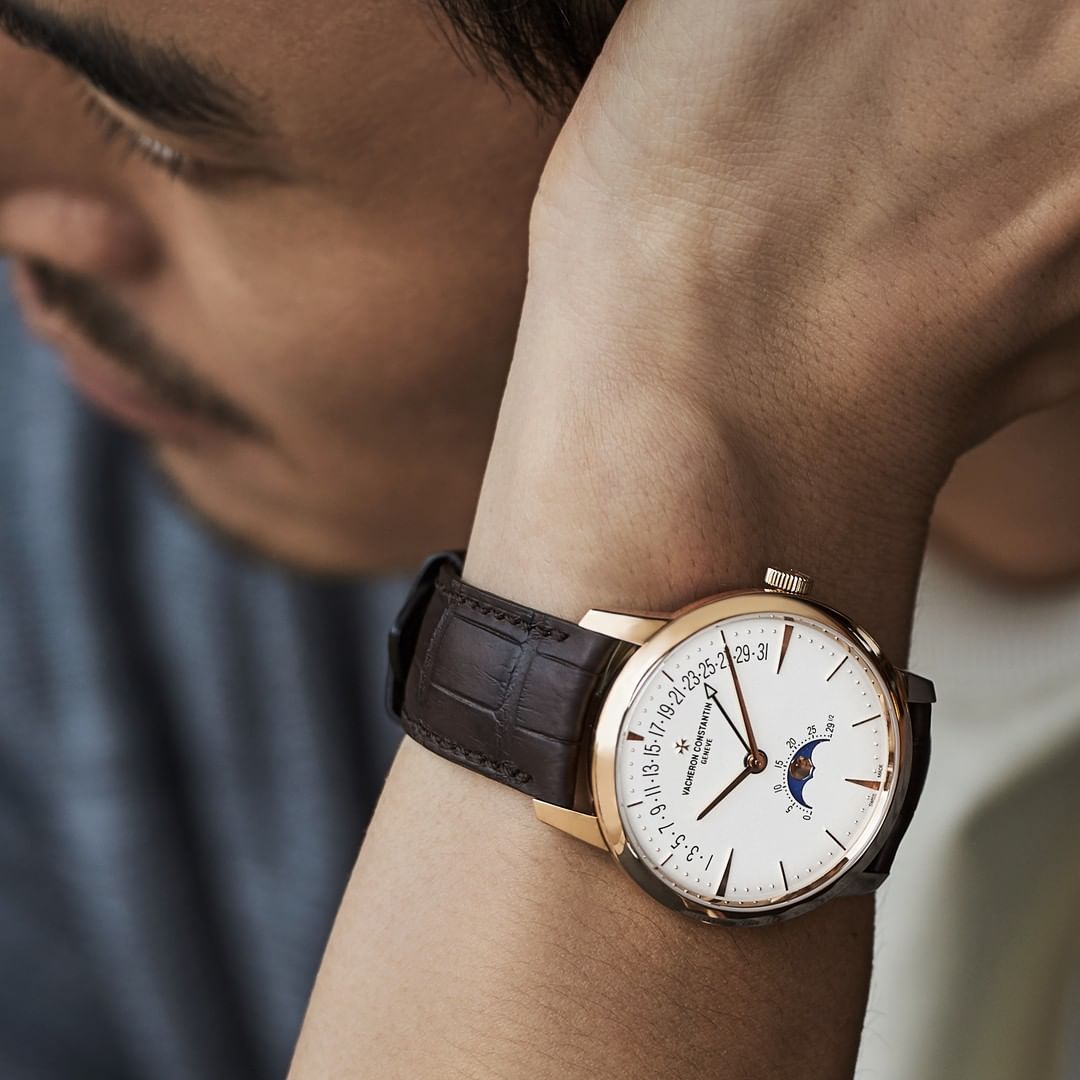 A fascinating variation on the theme is the retrograde date display developed two centuries ago, where the hand does not follow a circular path as in a normal counter, but the days of the month are shown along a circumference. On reaching the last day of the month, the hand moves back to the first day in a spectacular backward leap.

In contemporary times, precise types of calendars have established themselves with different capacities for recognising months of different lengths. A calendar defined as ‘complete’ shows the date, the day of the week and the months, the latter having a variable length of 30 and 31 days and requiring correction, as does the month of February in leap years and otherwise.
The “annual calendar” recognises the 30th and 31st, but not the February deadline, which requires the only correction in a year.
Lastly, the ‘perpetual calendar’, which is one of the so-called great complications and makes it possible to calculate the exact extension of the months by including leap years.
It was the introduction of the Gregorian calendar in 1582 by Pope Gregory XIII that motivated watchmakers to find effective solutions for indicating precise time in a system with variable month lengths and a leap year.