In the Alpine Eagle, Chopard have succeeded in the unprecedented feat of bringing together not only history and modernity, but technical and ethical excellence too, taking inspiration from a watch that made history for the Swiss Maison – the St. Moritz. 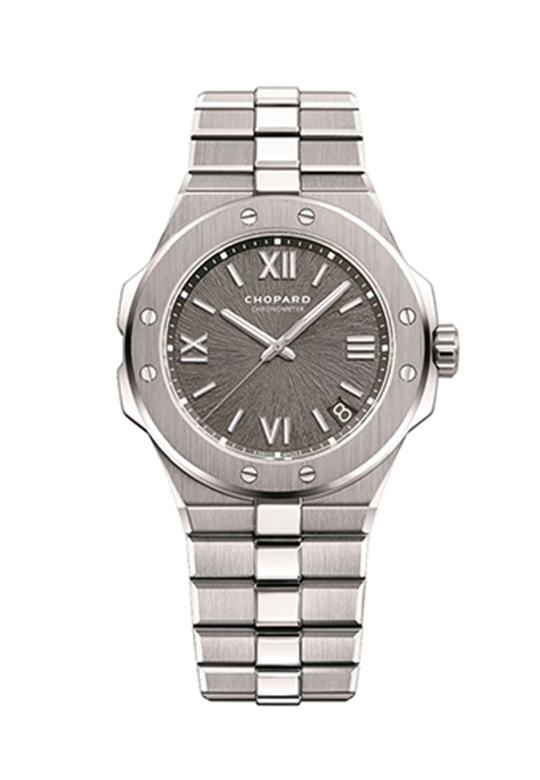 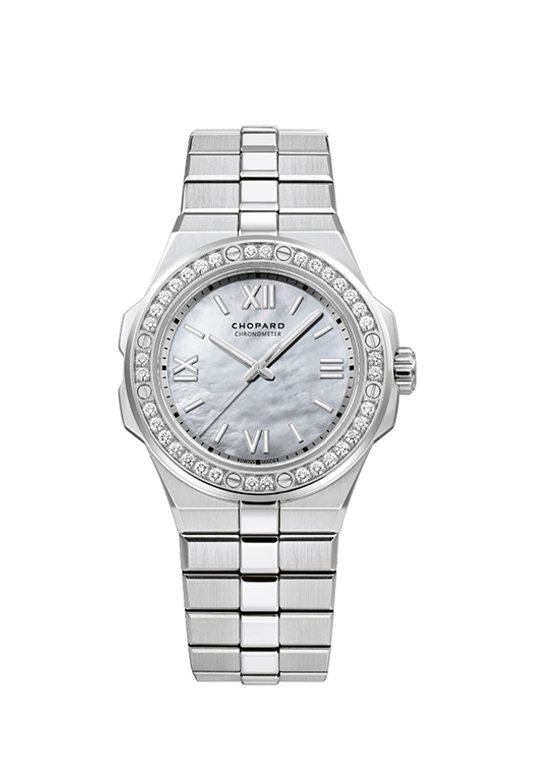 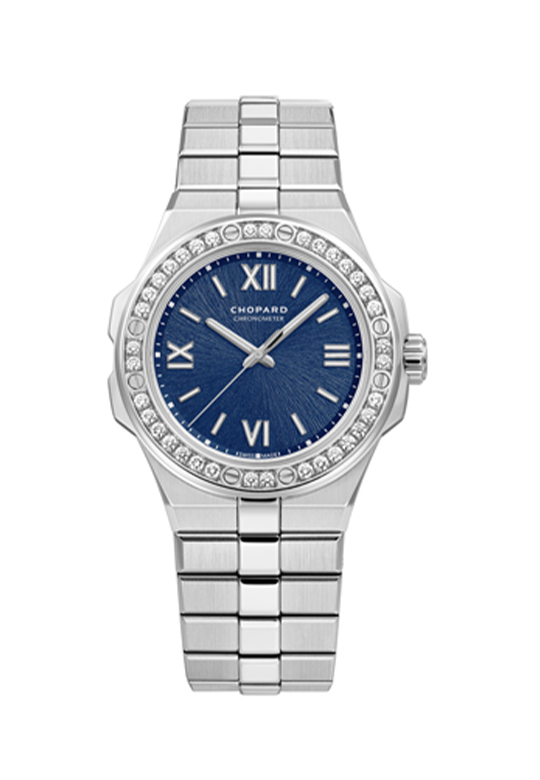 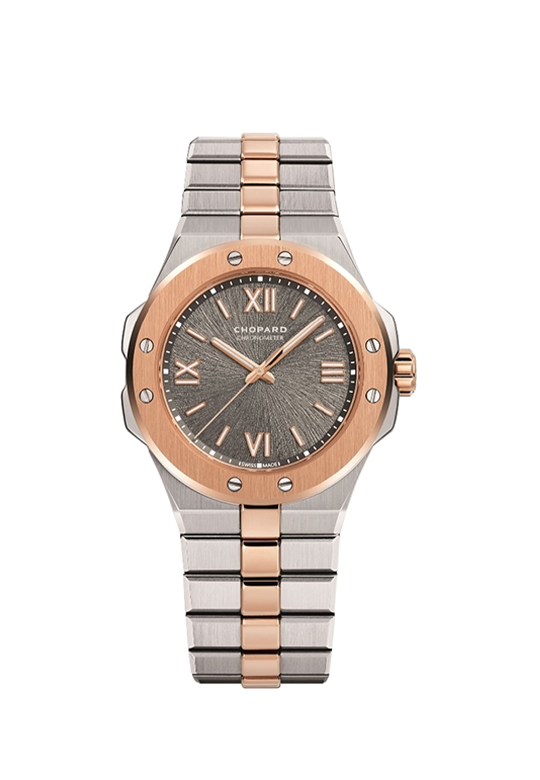 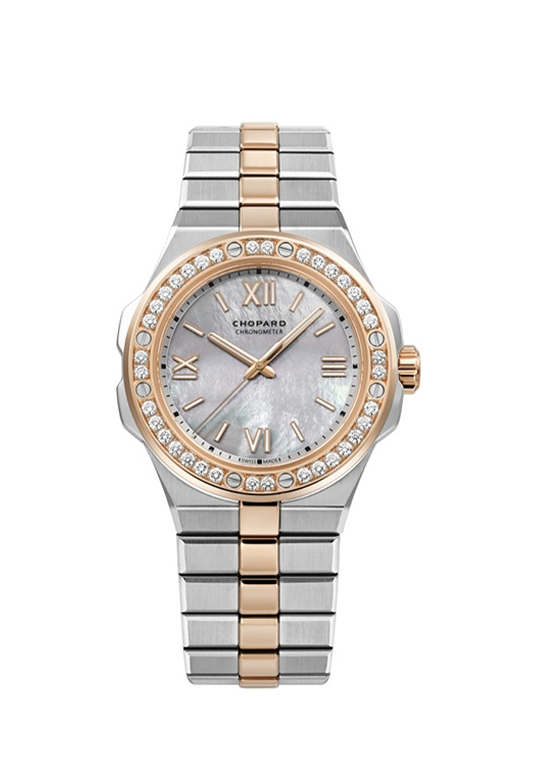 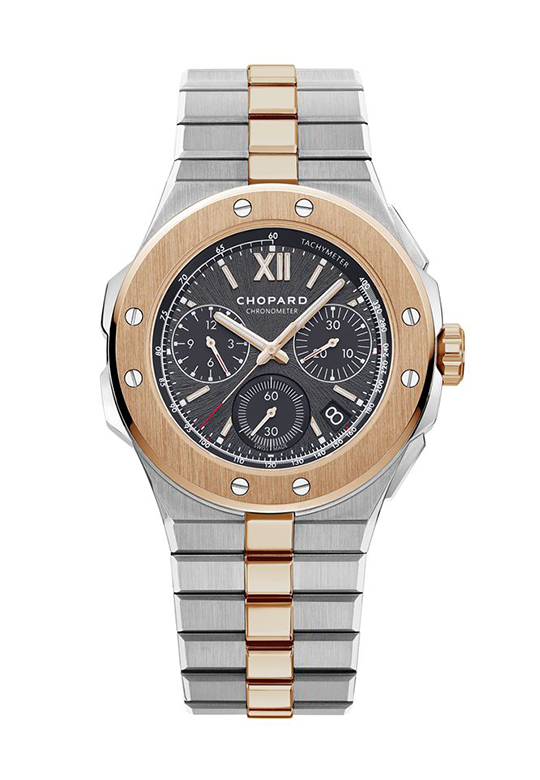 The Chopard Alpine Eagle has a sleek, contemporary design with an integrated case and strap featuring numerous references to the eagle and its natural habitat, the Alps.

The rough texture of the dial recalls the rocky surface of the mountains, whilst its colour and striations are reminiscent of the piercing eyes of the bird of prey after which it is named. The hour and minute hands are stylised feathers, and the cold reflective steel evokes glaciers.

The links of the wrist band are shaped like ingots, each with a raised centre portion. The case features protuberances that protect the crown, which is in turn engraved with a windrose. The rounded bezel features four pairs of evenly spaced screws grouped at the cardinal points and whose function is not only aesthetic but also technical – guaranteeing the Alpine Eagle remains waterproof to 100 metres.

The hour and minute hands along with their corresponding divisions on the watch face are coated with Super-LumiNova Grade X1, enabling better readability even in the dark.

Just like the St. Moritz, the Chopard Alpine Eagle was originally made in steel – in this case the new Lucent Steel A22 – although it is now also available in gold, steel and gold, or gold and diamonds. In terms of size, there are two unisex models to choose from, offering a case diameter of 41 or 36mm.