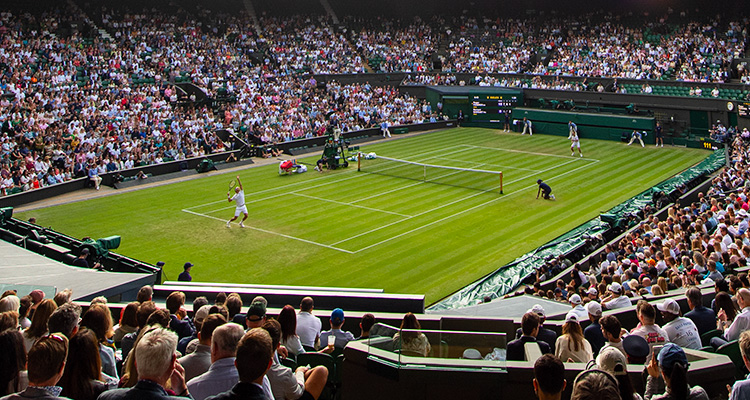 ROLEX AND THE CHAMPIONSHIPS,
WIMBLEDON

Rolex first partnered with The Championships, Wimbledon, in 1978. The world’s oldest tennis tournament is the temple of lawn tennis and of the original game. It is also where athletes become legends. 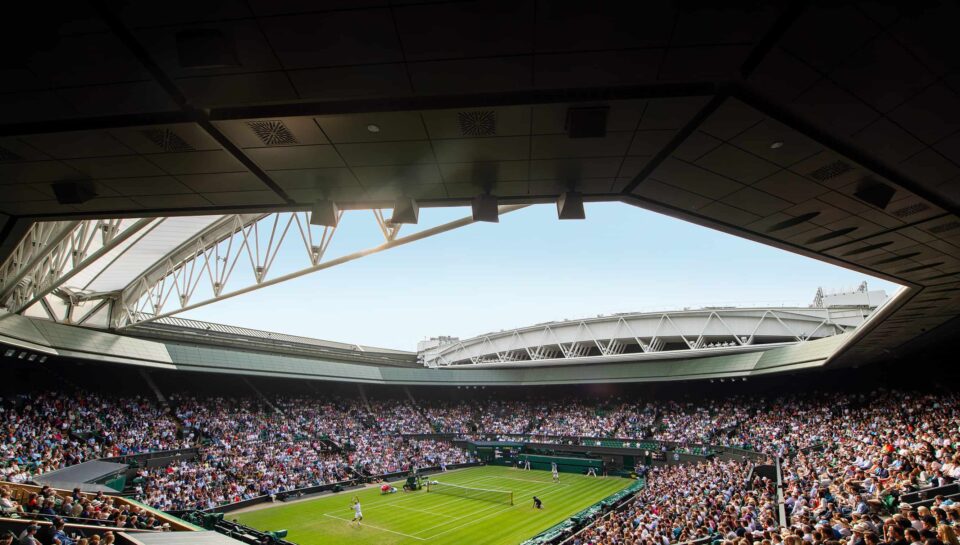 Rolex is the Official Timekeeper and one of the major partners of all leading tennis tournaments. The story began at The Championships, Wimbledon, in 1978 when the brand first became involved with a sport capturing the world’s attention.

The All England Lawn Tennis & Croquet Club in south-west London has hosted The Championships since the inaugural edition in 1877. The world’s oldest tennis tournament, Wimbledon is the home of the sport and its grass court temple.

THE TEMPLE OF TENNIS TRADITION

Above the players’ entrance to Centre Court – which in 2022 is celebrating its centenary at its current home in the Church Road ground and seats 15,000 –lines from the poem If by Rudyard Kipling read:

These verses encapsulate the event’s philosophy because, at Wimbledon, the greatness of the sport lies not in victory but in the humility and perseverance of the champions. 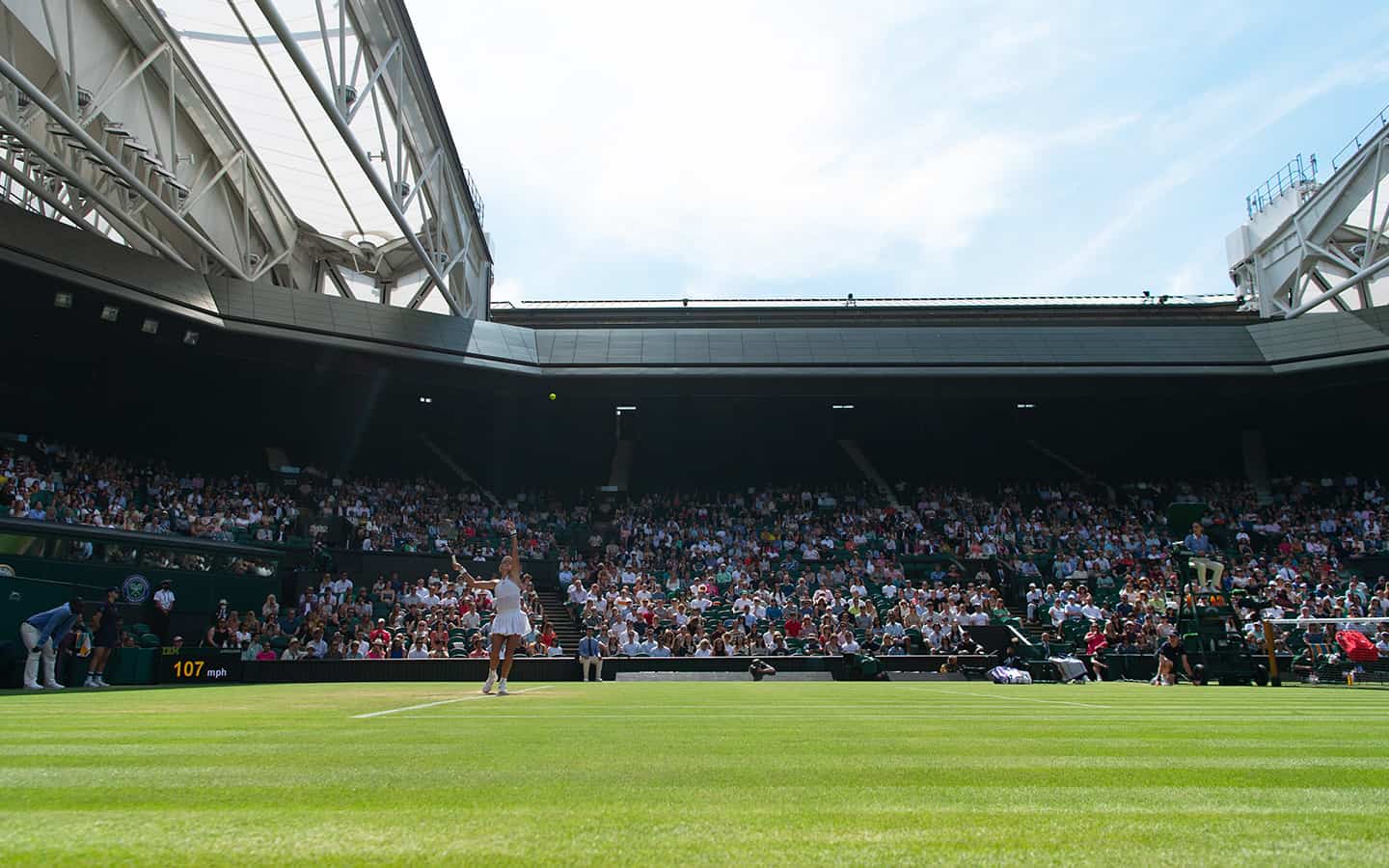 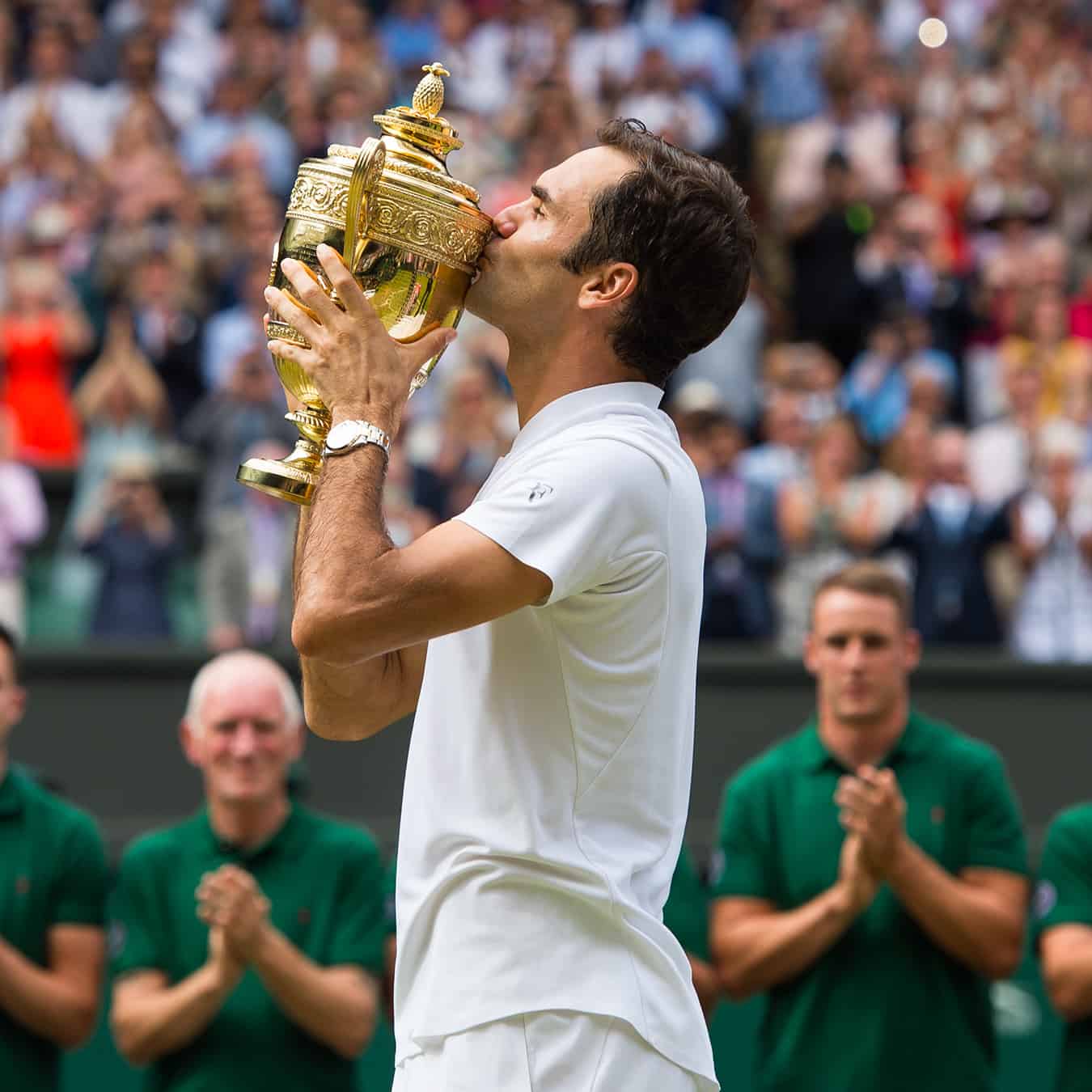 THE SCENE OF MAJOR SHOWDOWNS

The intensity of Wimbledon finals on Centre Court means they live on in memory as extraordinary moments of tennis history. Epic battles between the likes of Rod Laver and John Newcombe, Björn Borg and John McEnroe, Chris Evert and Martina Navrátilová, Roger Federer and Rafael Nadal have written the legend of Wimbledon and world tennis.

This unprecedented level of sporting excellence struck a chord with the values intrinsic to Rolex. A natural partnership developed at all the major tennis events, now spanning almost 45 years.

ROLEX AND TENNIS: A PARTNERSHIP OF ALMOST 45 YEARS

Rolex has enjoyed a special relationship with tennis that is deeply rooted in a common philosophy: the continuous pursuit of excellence, the desire for precision and innovation, the elegance of movement, unwavering effort, respect for tradition and a drive to always push beyond personal limits.

Over the years, Rolex has extended its involvement in the sport, becoming the Premium Partner of world tennis in both the men’s and women’s game. 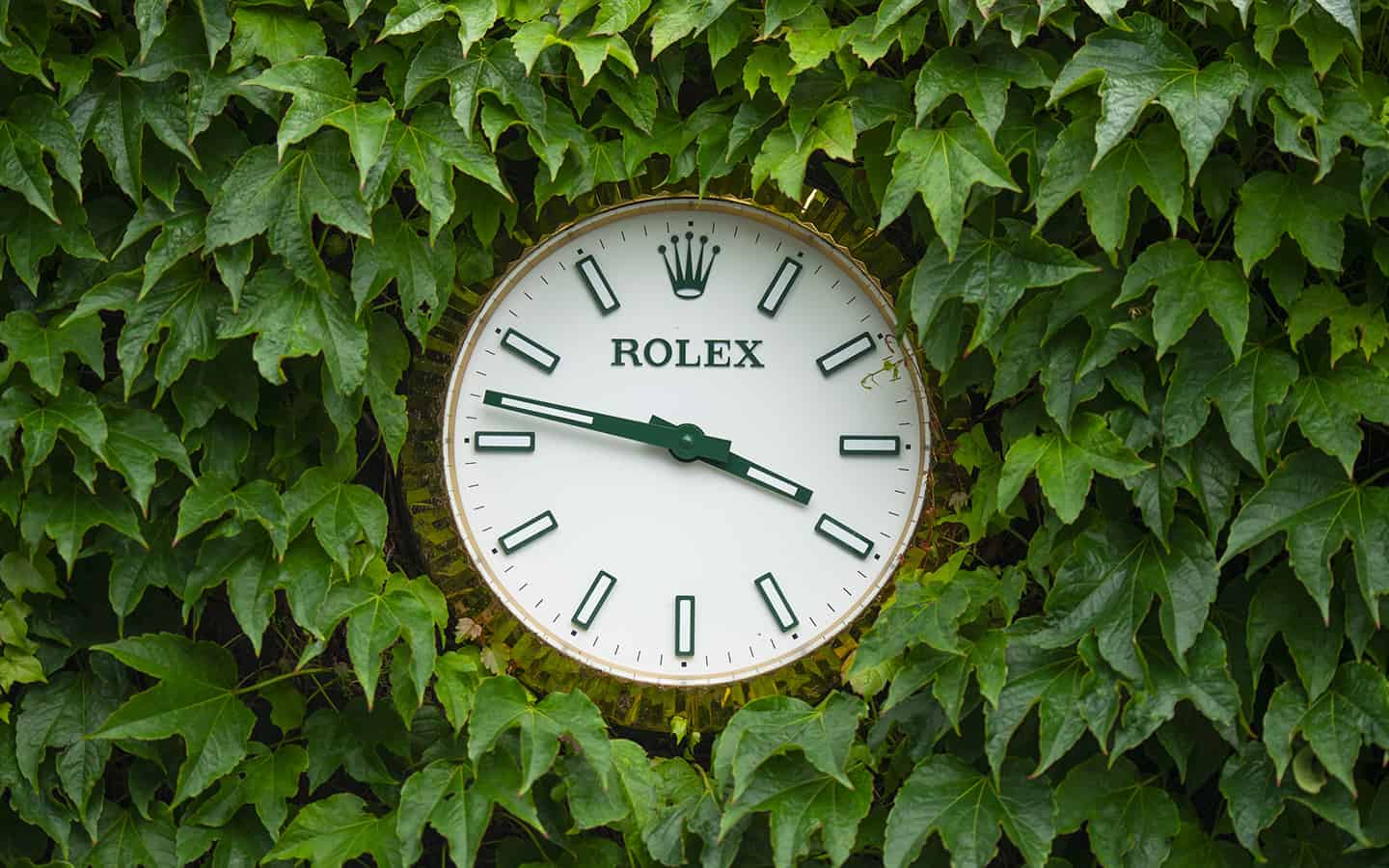 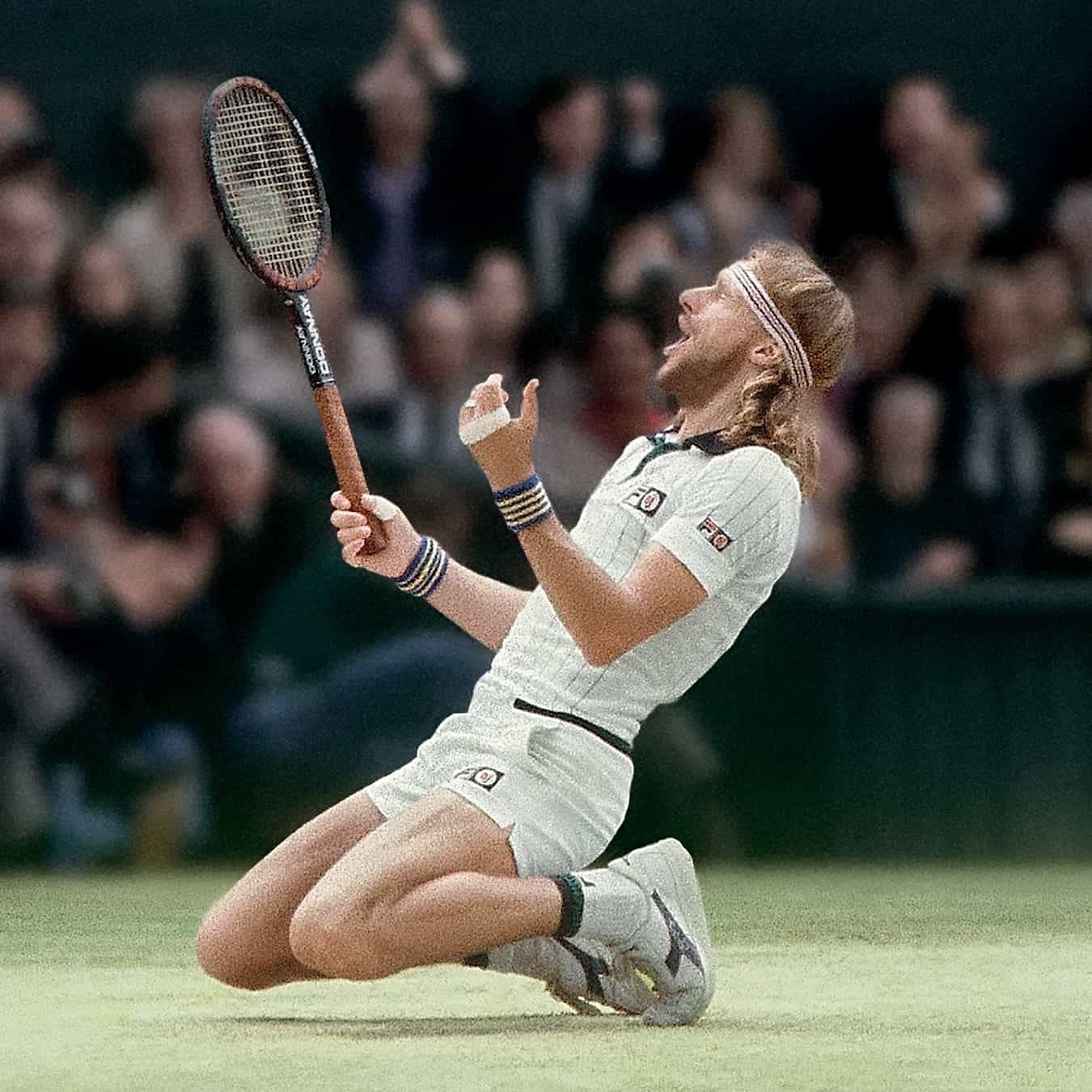 Among its Testimonees, Rolex counts a host of Wimbledon champions: Björn Borg and Chris Evert, as well as Stefan Edberg, Garbiñe Muguruza, Angelique Kerber and, of course, Roger Federer, who has won the tournament a record eight times.

For many decades, the brand has actively championed culture, architecture, exploration and planetary conservation. And in the sporting world, it has built a diverse range of partnerships across tennis, golf, equestrianism, skiing, sailing and motor sport. Rolex partners governing bodies, competitions and athletes – from established champions to promising talents – in long-standing engagements that perpetuate the future of these disciplines and promote excellence. 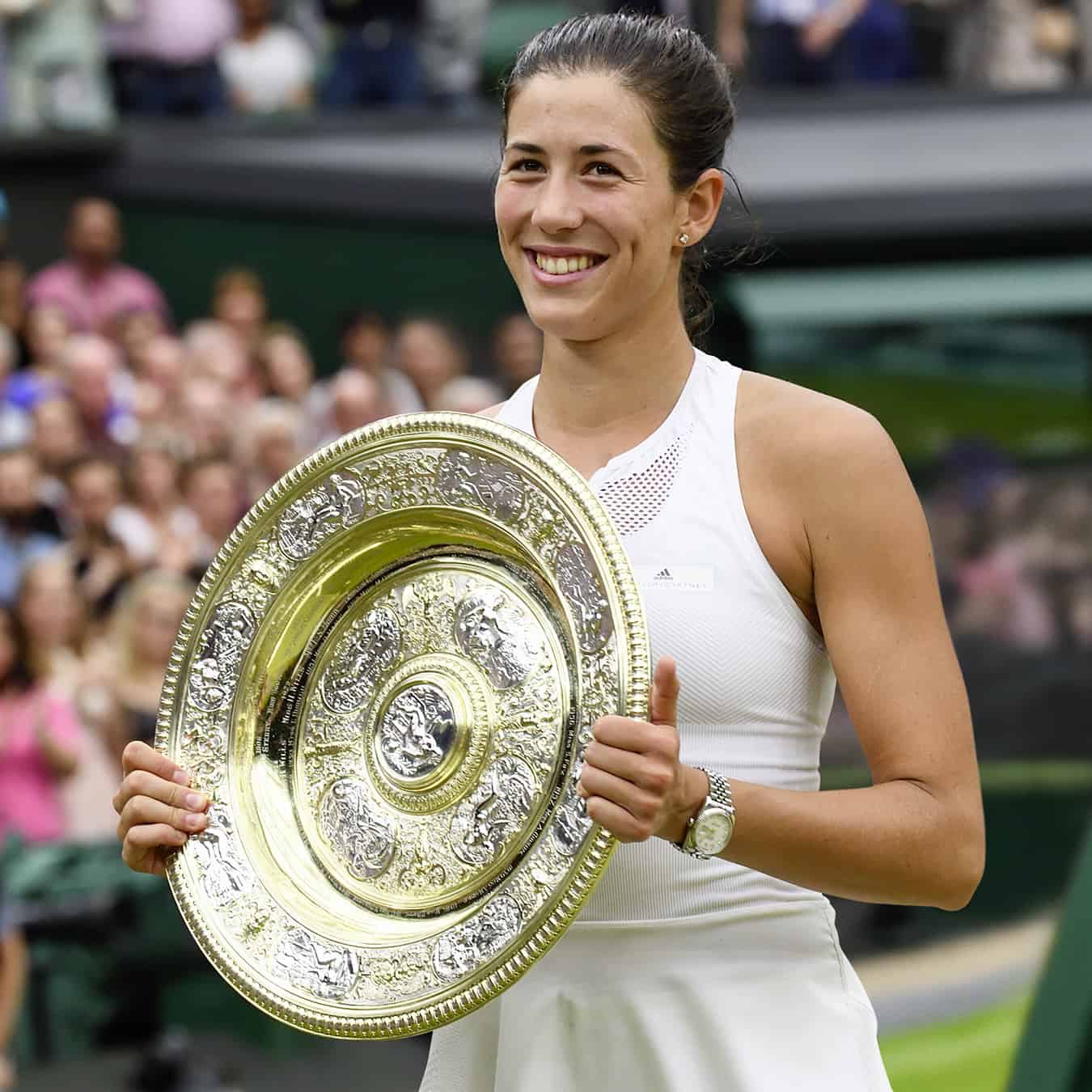