What is a quartz watch and how does it work

I believe that few discoveries have had the power to change perspectives, habits, tastes, and perceptions in the measurement of time as the introduction of quartz in the movement of a watch.
Throughout my career as a salesman, I have been confronted with these questions “how does a quartz movement work?“, “why buy a quartz watch?“, “what is the difference between a mechanical and a quartz movement?“, “is a mechanical movement better or a quartz movement better?”. I could continue with many more questions.
It all stems from the fact that the introduction of this technology in watchmaking has dealt a blow to what seemed to be an immune field. At first it created interest, curiosity, a lot of ‘buying fever’, then it left a lot of confusion. Am I exaggerating? Perhaps a little. A little history.

How quartz watches are born

Among the first scientists to study the characteristics of certain crystals, including quartz, were Pierre Curie and his brother Paul-Jacques. They realised that these vibrated mechanically when an alternating electric current passed through them: they had discovered piezoelectricity. As is often the case with other discoveries, someone realised that this characteristic could be applied to a meter, a watch.
The first quartz clock was built in 1928 in the United States, by Horton and Morrison. In 1939 one was installed in the Greenwich Observatory. They were large and bulky objects, still powered by electricity. It took about thirty years before models could be produced that could be worn on the wrist. 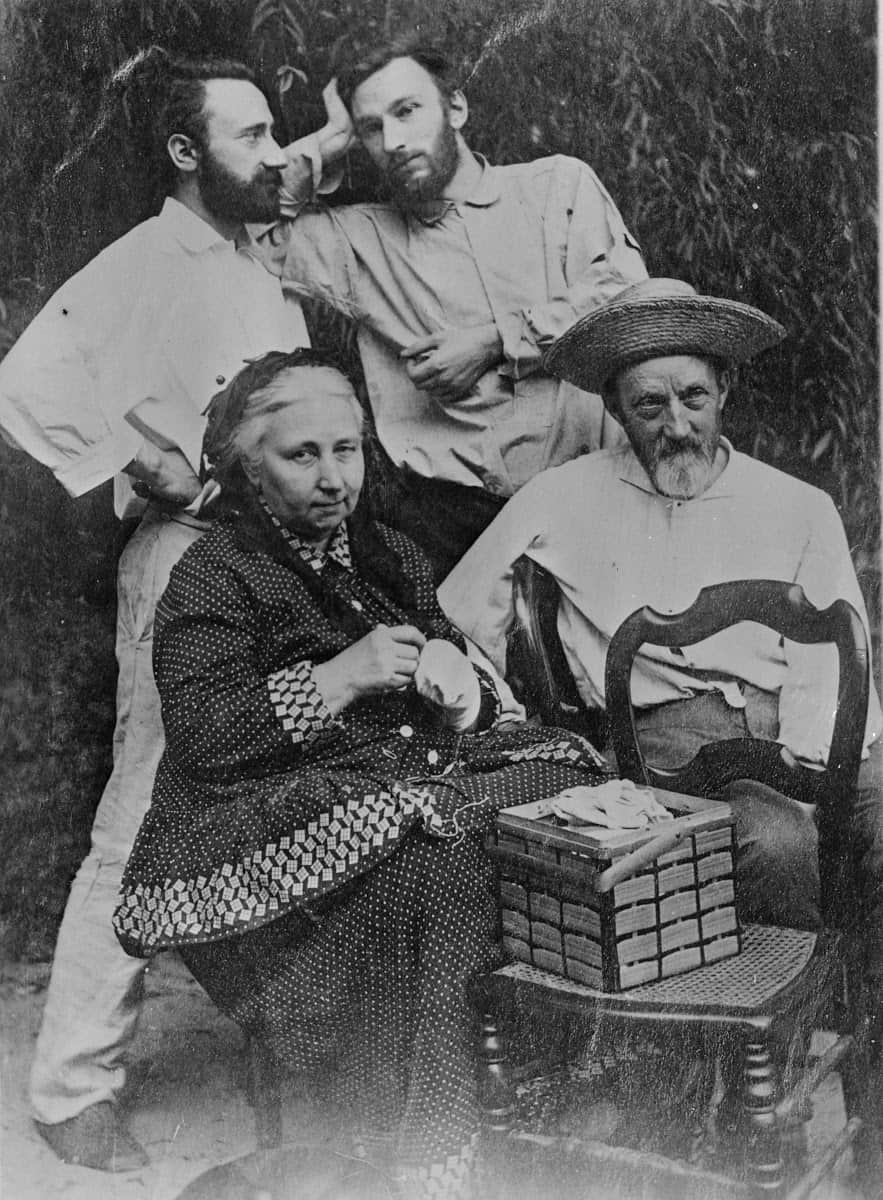 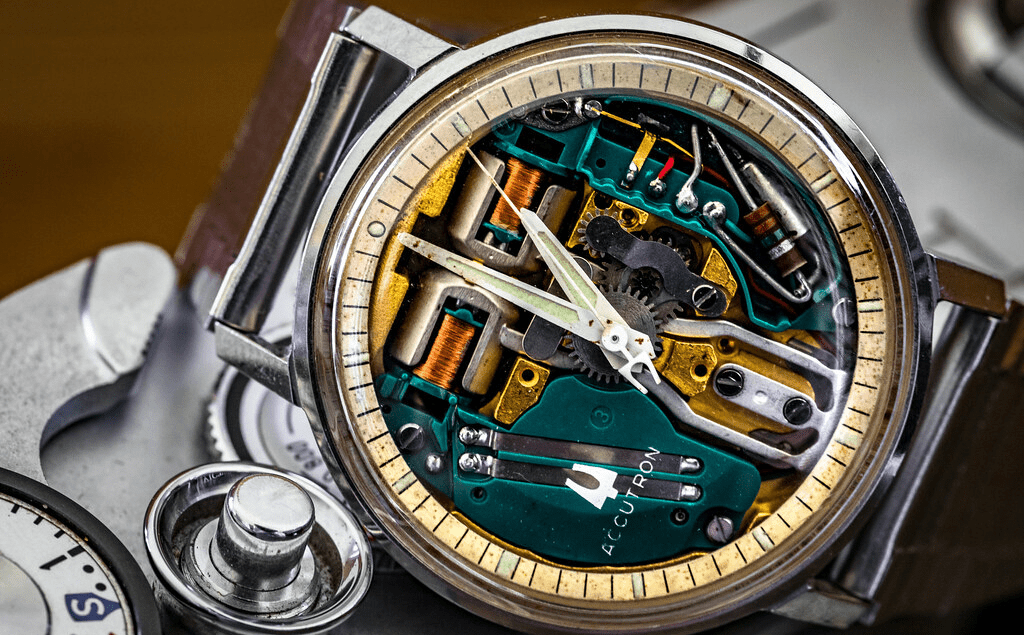 An intermediate step was the commercialisation by the American Bulova in 1960 of the Accutron model, which was based on the introduction of a tuning fork as a regulator. This technology was the brainchild of a Swiss engineer, Max Hetzel, who had offered this idea to the major national manufacturers but without success, forcing him to go to the United States to see it realised on a large scale. (Similar fate to the ruby-cutting technique, whose inventor found no understanding at home and had to emigrate to England).
One of the features that most impressed buyers of the Accutron was, in addition to great precision, that when wearing it one could feel the watch vibrate slightly, causing wonder and curiosity. Another feature was that there was virtually no dial, so you could see the tuning fork and other electronic parts perfectly. It looked as if one could see into the future.

In the beginning, the battle to improve technical and aesthetic features was mainly played out between the USA and Japan, marginally in Switzerland, although some companies, including Ebauches S.A. and CEH were ready. The big houses, however, did not believe in what seemed to be just a passing fad of low-profile timepieces.
Around 1968/69, quartz watches were massive and coarse-looking, but above all, the batteries lasted very little. Although there were signs that the public liked this novelty, and some models were priced higher than an average mechanical, the big companies did not invest in this technology. But why, despite the initial difficulties, did the quartz watch strike such a chord with the public? Simple, because a quartz movement is much more accurate than any mechanical, even one of the highest quality. 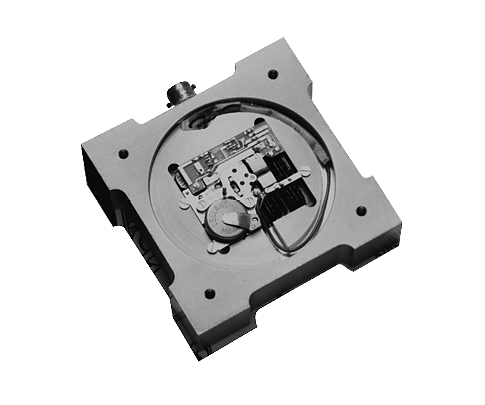 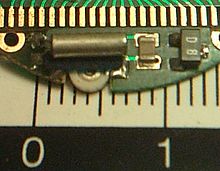 Whereas in the early 1970s the precision of a quartz movement was of the order of a monthly variation of around sixty seconds, with the continuous technical improvements, this parameter fell by almost ten times. Here, the great myth of precision, which has spanned the entire history of watchmaking, seemed finally to have been resolved. What’s more, one can find similarities between a mechanical and a quartz movement. There is a source of energy (spring or battery), a regulator (balance or quartz crystal), a computing device (escapement or solid-state circuit), transmission (gears or electric current), signalling (hands or liquid crystals).
Between the 1970s and the 1980s, miniaturisation made great strides. Energy consumption is reduced, batteries last much longer, thicknesses are reduced and watches become more wearable. They finally realise in Switzerland that they are neglecting an important and profitable line of business, but it is too late now. Those companies that are not able to build in-house, or to buy the new technology, which is very different from all the classic ones, succumb or at best have to downsize a lot. (About 50 per cent of the companies that produced mechanical watches disappeared in these years).

The public has not entirely abandoned classical watchmaking, but sales of quartz watches seem set to supplant those of the mechanical. For 10 to 15 years, quartz was, or seemed to be, the technical and commercial future. During this short period, factories, workshops and even watchmaking schools were closed due to a lack of jobs. Then, however, someone began to say that the quartz movement was, yes, much more precise, required less maintenance, could be cheaper than a mechanical, but it had no soul. There was no challenge of the man/technician ‘creating’ through his knowledge, his intuition, his work, with only mechanical solutions, the best possible result. This, coupled with the fact that the speed of technical improvement in electronics was so fast that the solutions of previous years aged prematurely, and thus made a model only five years old look old, made the quartz movement (allow me this joke) go from the stars to the stables. 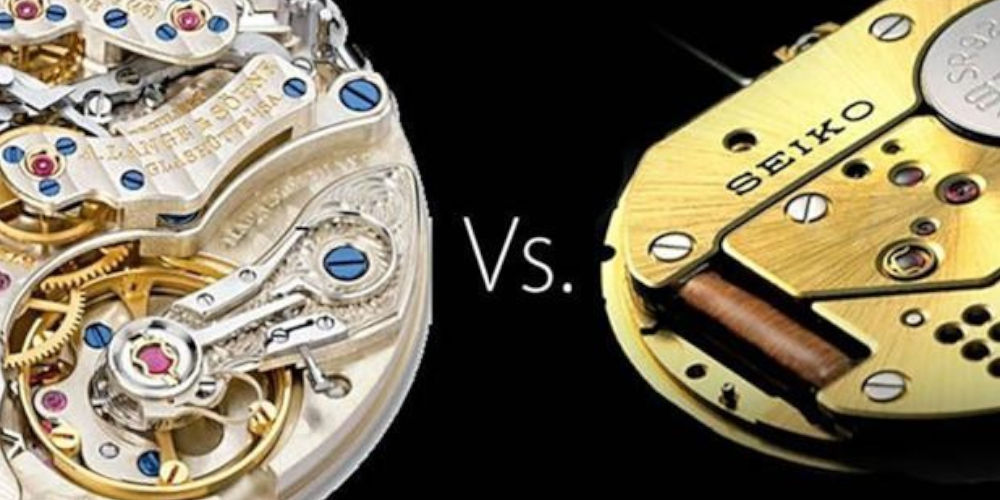 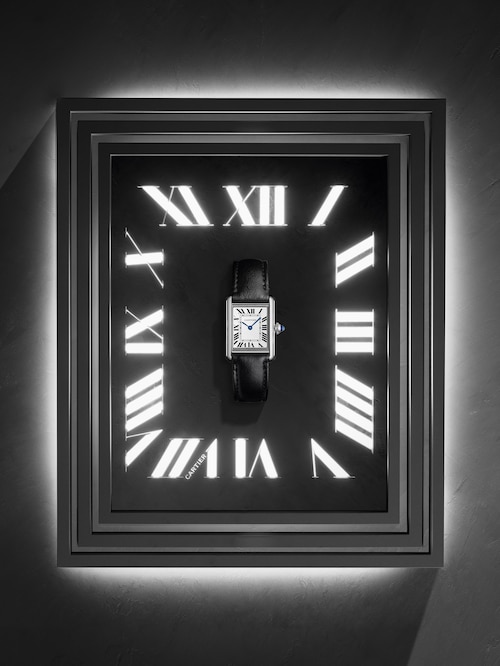 As always, the truth lies in the middle (like the previous one, I use an expression that may be banal but which renders my thoughts very well).
Today, many companies have quartz models in their collections and, contrary to what some people think, they are not only intended for women. I have had male customers who preferred this technology to mechanicals. Practicality, precision, less maintenance were only part of the arguments for which they chose quartz. Today, the technology has reached remarkable levels of sophistication and as with mechanicals, quartz movements can also have various levels of quality.
Why buy a mediocre mechanic when you can get a good quartz for the same amount of money?
Yeah, why not?