A. Lange & Söhne: a tradition

A. Lange & Söhne, founded in Saxony in 1875, is one of the most exclusive international manufacturers of Haute Horlogerie. Lange’s master watchmakers still practice their craft as they did in earlier times for the court of Dresden. All the movements are made in-house, assembled and decorated by hand with superb craftsmanship. 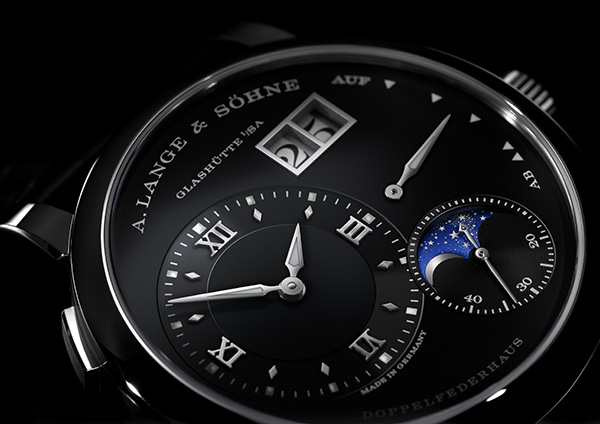 The Lange 1 represents the essence of an A. Lange & Söhne watch, combining the skill and capabilities of a whole dynasty of watchmakers which first appeared on the scene in Dresden early in the 19th century. Its most obvious feature is the Outsize Date inspired by the famous Five-Minute Clock of Dresden’s Semper Opera House. 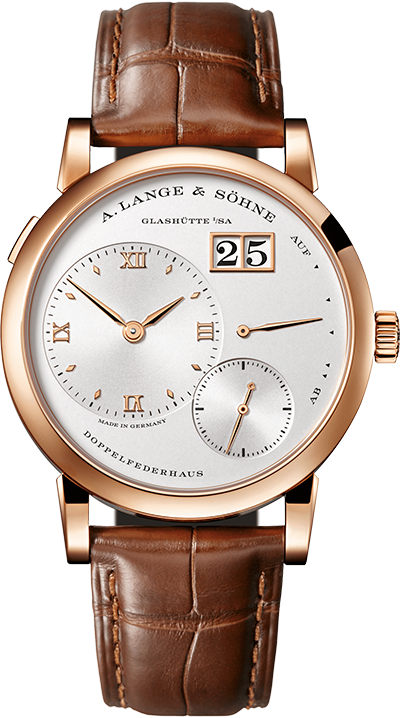 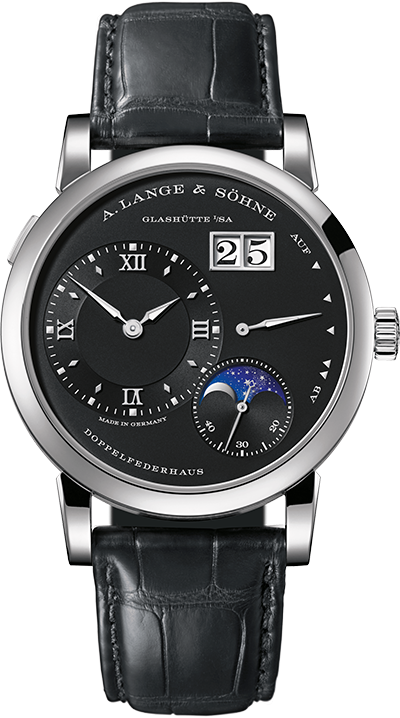 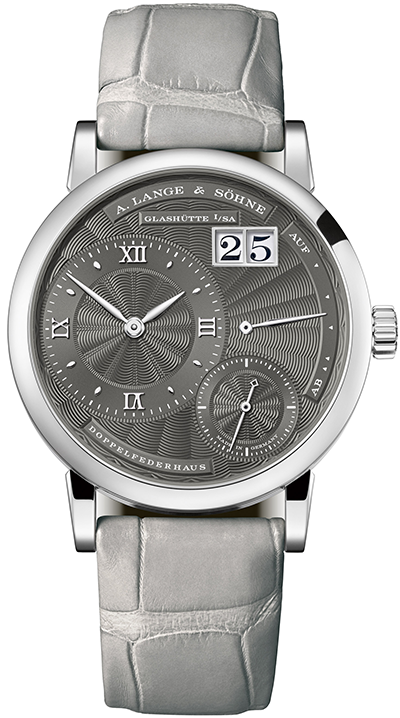 The first priority for Saxonia watches is their mechanism. The development and design of a Saxonia watch concentrates on the search for the best possible mechanical solution: technical and aesthetic perfection. 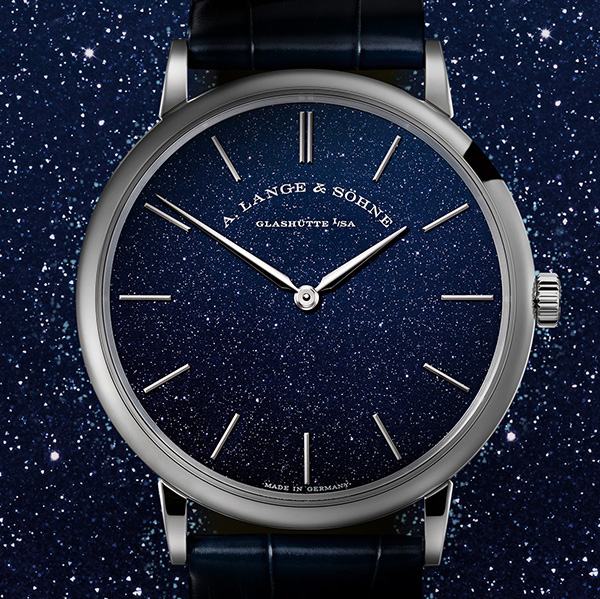 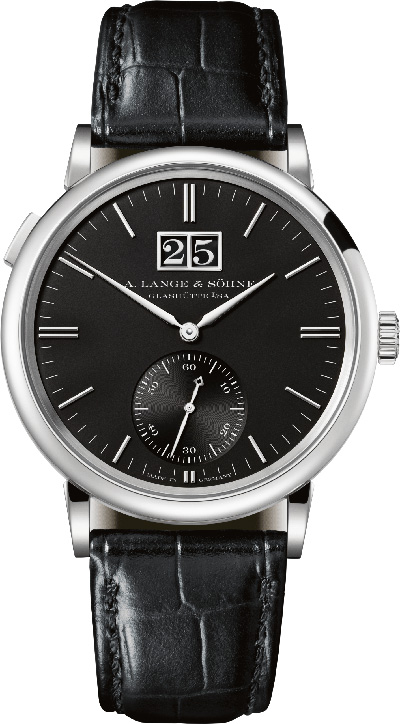 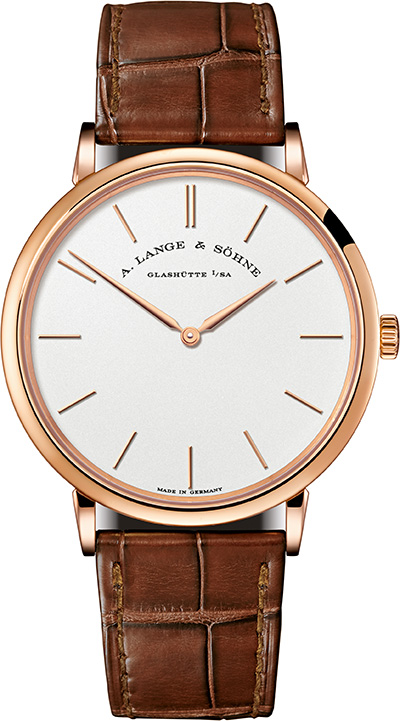 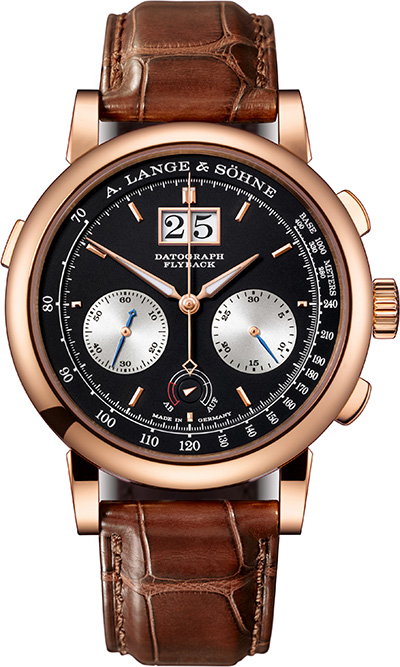 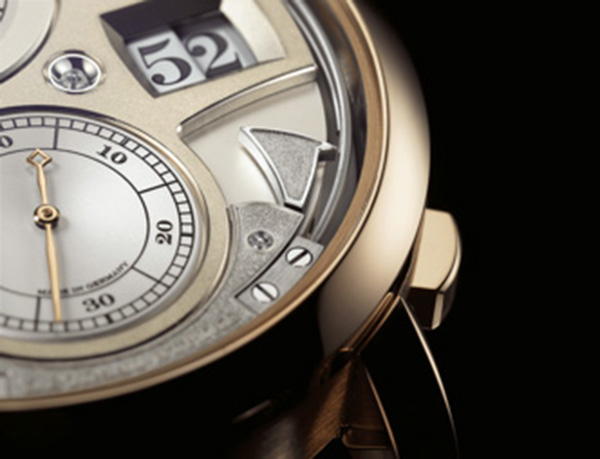 The Zeitwerk is the first mechanical wristwatch to indicate the hours and minutes by means of a jumping “digital” display. Its revolutionary way of indicating the time has won it many awards as one of the most advanced digital display watches in the world. 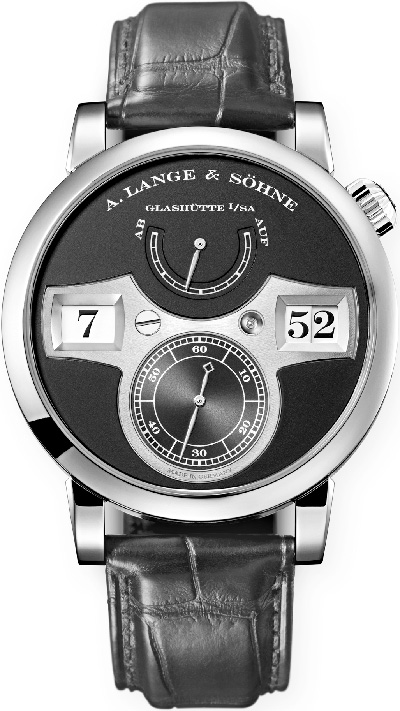 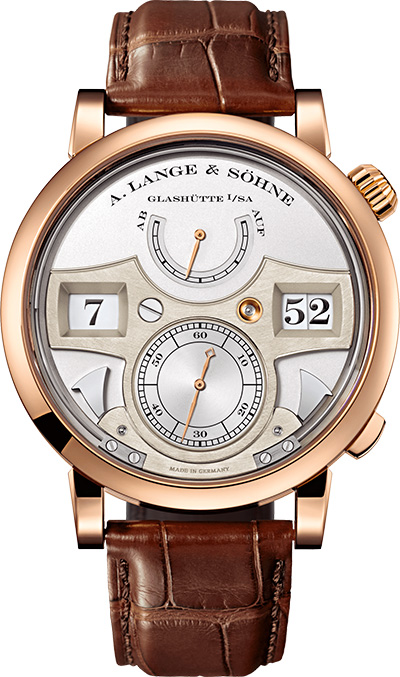 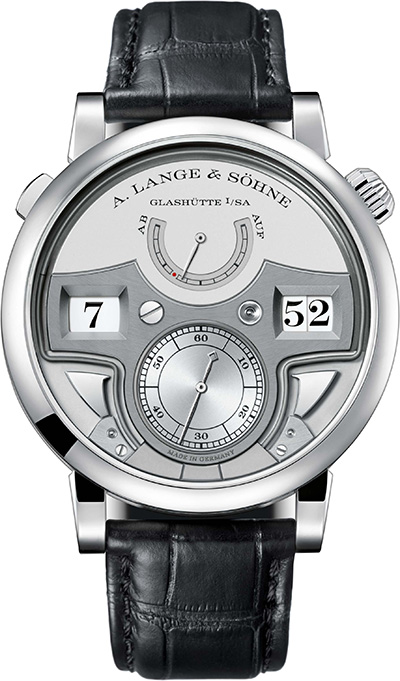 The 1815 is a tribute to Ferdinand A. Lange, founder of the Saxon manufactory: it is named after the year of his birth. His destiny was inexorably connected with the sequence of events before and after 1815. 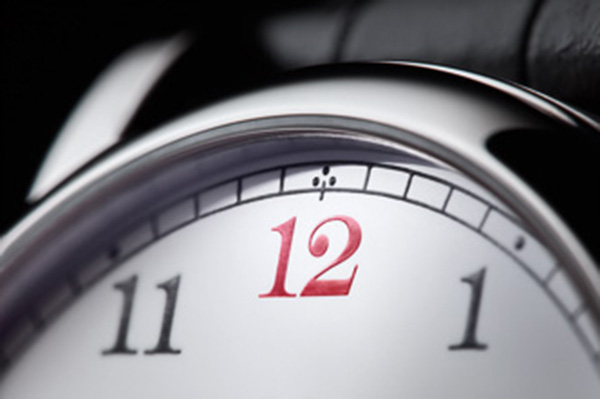 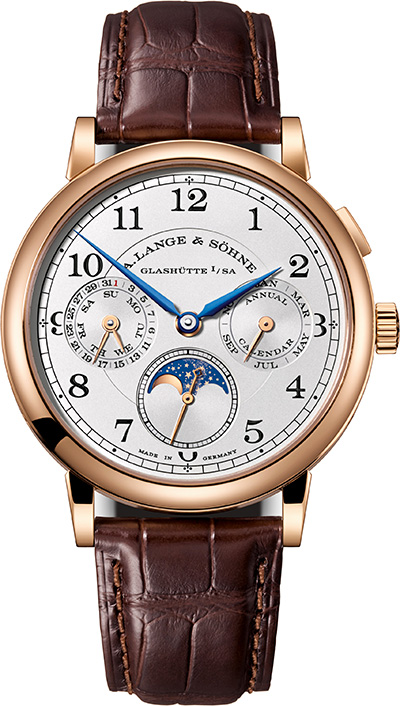 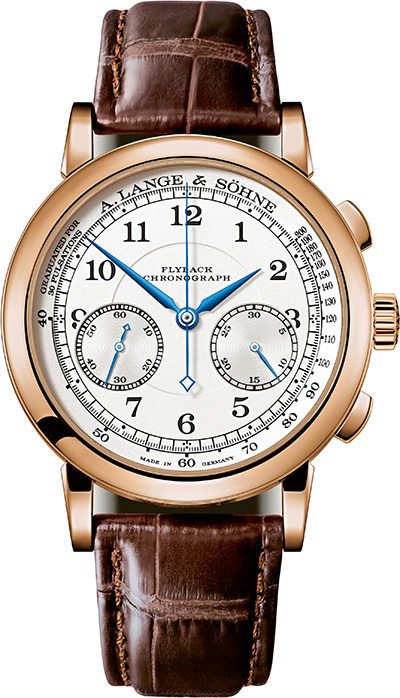 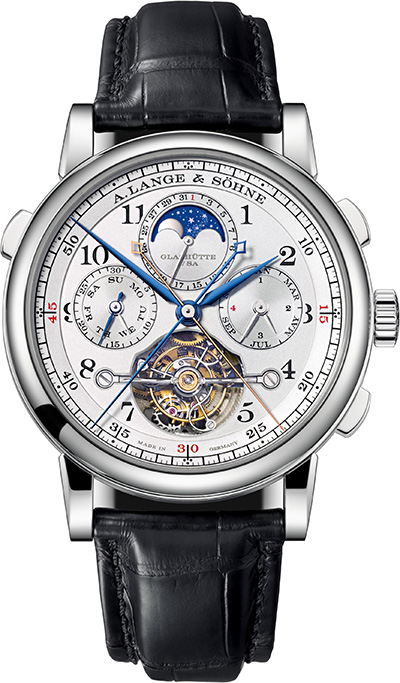 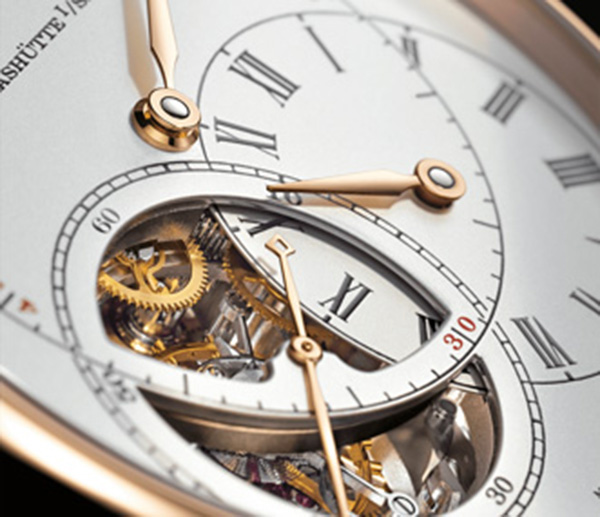 In their Richard Lange range these master watchmakers have revived what were known as “scientific observation watches” whose precision, legibility and robust construction made them essential instruments for 19th and 20th century scientists, researchers and explorers. 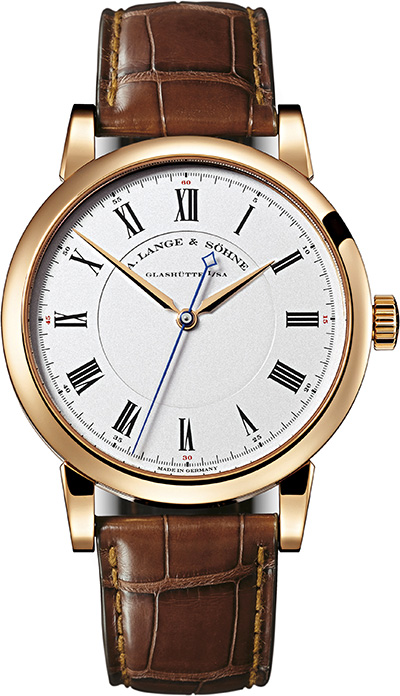 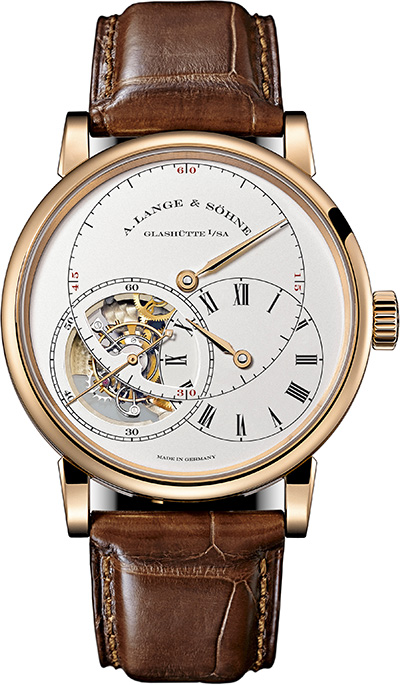 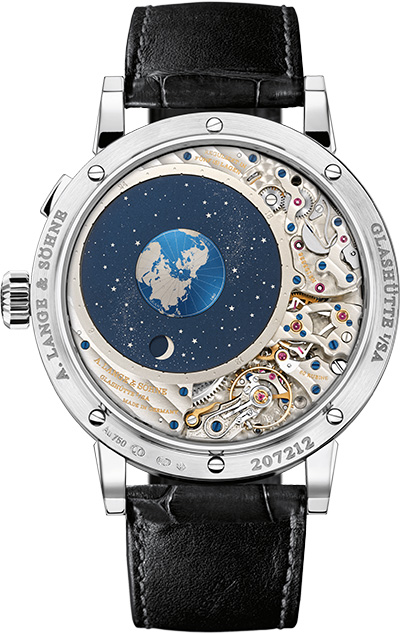 The quest for perfection

For Lange, perfection is a matter of principle; that is why every timepiece takes countless hours of the most painstaking work, and why each movement is assembled twice over, to guarantee functional integrity over the long term and the faultless craftsman finish of the various parts. 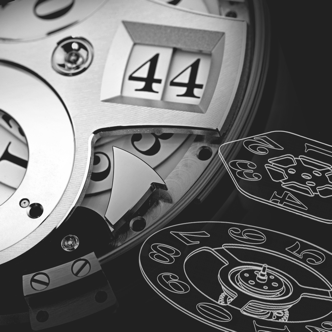 A WATCH, AN ICON

The off-centre configuration of the dial and date display inside its gold frame, three times bigger than on similar-sized watches, makes it easy to read both time and date, while still leaving room for a field of intense blue with stars of various sizes giving the effect of a miniature Milky Way – and showing AM/PM and the phase of the moon. 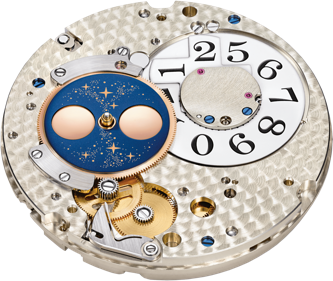 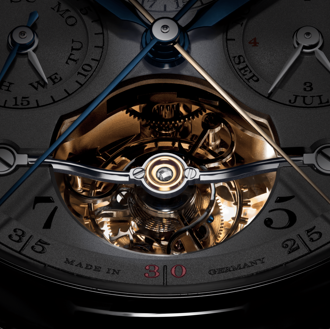 Lange’s master watchmakers distinguish the manufactory’s most sophisticated and accurate watches with the title “Pour le Mérite”. The main feature of a “Pour le Mérite” watch is its constant-force fusée-and-chain transmission which compensates for the diminishing force of the unwinding mainspring and drives the movement with uniform torque and accuracy of rate.

A new dimension in time measurement

The Triple Split is the world’s first mechanical chronograph with rattrapante hands that can measure comparative times over many hours. Separate rattrapante minute and hour counters mean lap times and reference times can be chronometrically measured over twelve hours. Any number of lap timings can be stopped during an additive time measurement. This feature can be used in some very exciting ways, for instance to compare the times of two contestants in a Formula 1 race, a stage of the Giro d’Italia or a marathon. 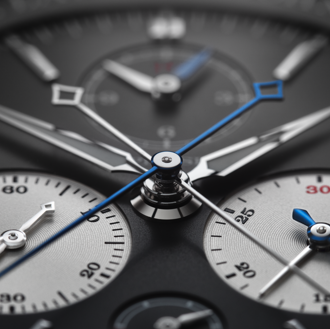